Plant Advanced Technologies: from “plant milking” technology to the creation of an innovative company

By linksweb
Posted 15 December 2020
In
Plant Advanced Technologies: from “plant milking” technology to the creation of an innovative company2020-12-152022-07-05https://www.bioeconomie-grandest.fr/wp-content/uploads/2022/06/header-ge-06-22-en.jpgThe official bioeconomy portal in the Grand Est regionhttps://www.bioeconomie-grandest.fr/wp-content/uploads/2020/07/frederic_bourgaud-2.jpg200px200px

It all began with an exclusive global licence for the “plant milking” technology. From 2013, Plant Advanced Technologies subsequently commercialised its rare and innovative active ingredients, targeting the cosmetics, pharmaceuticals and agrochemicals sectors. Success is around the corner: PAT recently announced the signature of an exclusive global distribution agreement with the Swiss group Clariant, a major operator in the field of specialty chemicals.

When and how did the PAT story
begin ?

In collaboration with other researchers at LAE (Alain Clément and Armand Guckert), Eric Gontier and Frédéric Bourgaud then patented a new technology for obtaining natural plant components from aeroponically-grown plants (the “Plant Milking” technology). They sought to grant a licence to this technology to companies using plant substances of high biological value (cosmetics, pharma, fine chemicals, etc.). Driven by Jean-Paul Fèvre, the project was transformed into the creation of an innovative company.

The company PAT was founded on 1st July 2005 on the basis of an exclusive global licence to the technology while pursing industrial development of “milking plants”. This breakthrough technology enables plant active ingredients located in small roots to be obtained in a totally unique manner, based on between 4 and 6 non-destructive harvests each year. The plants are grown in above-ground cultivation systems (aeroponics) which produce abundant root growth and optimum biosynthesis of the desired substances.

Several years of R&D were required to establish and commercialise the Plant Milking technology and our first active ingredient was placed on the market in 2013.

The history of PAT has been marked by successive fundraising rounds (over €14m in total) which have enabled us to pass key milestones: IPO on Marché Libre (2009), followed by Euronext Alternext (2015), acquisition of a greenhouse production site in Lunévillois (2013) and the entry of major industrial operators (Vétoquinol in 2017 and Clariant in 2019).

Throughout its development, PAT has received close and sympathetic support from its local environment (University of Lorraine, Grand Nancy Metropolitan Council, the department of Meurthe-et-Moselle and the regions of Lorraine and Grand Est).

The region of Lorraine, succeeded by the Grand Est region, have provided particularly significant financial support to the Project BioProLor (2010-2014) and subsequently BioProLor2 (2017-2020). BioProLor (Bioactive Products in Lorraine) is a project that brings together a group of innovative companies and academic laboratories specialising in commercialising biobased molecules in the markets of pharmaceuticals, cosmetics and plant protection in agriculture (biocontrol). ). In its first version, the companies and public-sector laboratories participating in BioProLor2 benefited from financing provided by the Grand Est region totalling €780,000, supplemented by EU ERDF funds of the same amount. . This enabled the R&D programmes to be accelerated, leading to early market launch. The two programmes also had the advantage of bringing innovative SMEs closer to the ecosystem in the Grand Est region, enabling synergies and complementarities to be exploited.

What are your development plans
for the future?

Plant Advanced Technologies recently signed an exclusive and global distribution agreement with the Swiss group Clariant, a major operator in the field of specialty chemicals. This partnership should enable us to significantly increase revenue over the coming 2 years.

Plant Advanced Technologies has high hopes for the development of its subsidiaries. . For example, our two subsidiaries based in the Grand Est region, namely Temisis working on anti-inflammation in the pharmaceuticals market, and Cellengo, working on nutraceutics, are little gems promising high growth. 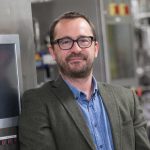