The AFYREN adventure began in 2012 based on a breakthrough technology in green chemistry. The objective? To transform non-food biomass into 100% biobased products for the sectors of cosmetics, flavours & fragrances, food & feed and fine chemicals. Today, the company is completing the construction of its first AFYREN NEOXY plant in the department of Moselle, dedicated to the production of 7 natural organic acids. Industrial-scale commercialization is scheduled for late 2021.

When and how did the AFYREN story begin?

The AFYREN adventure began in April 2012, after several years of R&D developed by Jérémy Pessiot, a PhD in microbiology and bioprocesses. . Convinced of the potential of this innovation, I joined Jérémy in the adventure in order to share my international and financial experience.

AFYREN developed a breakthrough innovation in green chemistry through a technology that is environmentally friendly, producing zero waste, based on natural non-GMO micro-organisms and protected by a worldwide patent. AFYREN therefore transforms non-food biomass into 100% biobased products traditionally derived from oil. These natural organic acids and their derivatives are innovative and high-performance solutions for the sectors of cosmetics, flavorings & fragrances, human & animal nutrition and fine chemicals.

Today, AFYREN has 23 employees at its two sites in Clermont-Ferrand and Lyon and is planning a significant increase in the workforce by 2021, notably resulting from the construction of its AFYREN NEOXY plant in Carling Saint Avold, in the Grand Est region.

Several years of research and development were required to refine the technology and successfully conclude the various stages: first proofs of concept at the laboratory scale followed in 2016 by the pilot scale and lastly the pre-industrial scale in late 2017.

In 2018, AFYREN commenced the process of consolidating its industrial project. We conducted a fundraising of 21 million euros within the context of total financing of over 60 million euros, notably by creating a JV with the SPI fund of Bpifrance, providing AFYREN with the resources to achieve its goals. The industrial project commenced with the AFYREN NEOXY joint venture, headed by Jean Saint-Donat, with the objective of producing a family of 7 different and 100% biobased molecules in early 2022.

AFYREN has also twice been recognised at the Concours Mondial innovation 2030 (French global innovation awards), in 2015 and 2017, and was appointed a French Tech ambassador for green technology at COP21. AFYREN was selected for the French Tech 120 (the 120 most promising technological start-ups in France) in January 2020 and received the Efficient Solution label from the Solar Impulse Foundation in November 2019.

How has the Grand Est region supported you? AFYREN has enjoyed valuable support throughout its development. It has notably received support from the regions of Auvergne-Rhône-Alpes and Grand Est, from the municipalities association of Saint-Avold, from Bpifrance and from the European Investment Bank.

The Grand Est region has been especially keen to support the industrial project of AFYREN NEOXY, facilitating its establishment in the region through financial support and sympathetic processing of the administrative paperwork.

The first plant exploiting AFYREN’s technology and know-how, AFYREN NEOXY is based at the CHEMESIS platform of Carling Saint-Avold in the department of Moselle and is a source of new job creations in the region (around 60 new jobs planned by 2021). The installation of the first production capacity of this green technology at an old petrochemicals site is highly symbolic as it represents the renewal of French industry in line with the challenges of the modern world, in terms of both the products being offered and the production method.

The main priority is to complete construction of the AFYREN NEOXY plant, dedicated to the production of 7 natural organic acids constituting a unique offering for markets increasingly demanding more sustainable solutions

. Industrial-scale commercialisation is scheduled for late 2021. Part of the production volume from the first industrial unit has already been pre-sold via the signature of binding international contracts. AFYREN is therefore offering its customers European production (“Made in France”) that is both competitive and sustainable (biobased products with zero waste and one-third the carbon footprint).

After this first plant, AFYREN’s strategy is to pursue its development and construct other plants around the world in line with market demand and to diversify its range with new solutions. 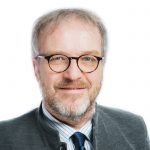 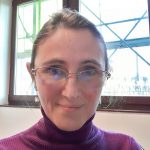 RITTMO: at the service of sustainable agriculture