Founded in 2012, SFR Condorcet currently brings together 31 research teams, 15 technical/technological platforms and 700 researchers dedicated to the bioeconomy. It has three main development goals: to establish an effective development vehicle for the Grand Est region, in collaboration with the IAR bioeconomy cluster; to provide regional research with national significance; to become a benchmark for the bioeconomy in Europe.

When and how did the SFR Condorcet story begin?

SFR Condorcet is coordinated by the University of Reims Champagne-Ardenne (URCA). In 2008, initial discussions were held between URCA and the University of Picardie Jules Verne in Amiens with the objective of (i) raising the profile of the research being carried out in Champagne-Ardenne and Picardie in the bioeconomy field, (ii) synergising the expertise of researchers and pooling research resources, and (iii) creating a nursery for the future training requirements in the sector based on industrial needs. In October 2010, 20 research units composed of 280 researchers from the 2 universities submitted a proposal to the ministry for a Unified Research Structure. Approved in 2011, the initiative led to the official founding of SFR Condorcet on 1st January 2012. The CNRS joined the initiative in late 2011, providing it with the official status of a Research Federation.

Many new partners applied to join us in 2012, notably the University of Liège in Belgium and the universities of Beauvais, Compiègne, Lille and Dunkerque-Calais. Today we have 31 research teams, 15 technical/technological platforms and 700 researchers working on the issues. In 2018, version 2.0 of SFR Condorcet saw the opening up of a new line of research entirely dedicated to socio-economic aspects, providing SFR Condorcet with a social dimension which ultimately underpins the actual development of the bioeconomy. The reorganisation of the administrative regions in France naturally led us to pursue the process of unifying research and training resources at the universities in the Grand Est region, notably the universities of Lorraine, Haute-Alsace and Strasbourg. Benefiting from an ideal geographical location, we are currently looking at creating a structure that will provide us with national, European and international significance, in close collaboration with the CNRS and INRAE.

The Grand Est region supports the various teams located in the region which together comprise SFR Condorcet, via a wide range of projects (theses, FRCR and CPER projects, etc.). The regional bioeconomy development strategy is, and will remain, a major catalyst encouraging research resources to unite even further. Regarding training, the Grand Est region is also a key partner. For example, it is the official sponsor of the CMQ project designed to provide training solutions to the industrial issues encountered in the biorefinery sector. In the Grand Est region, SFR Condorcet can and must be a benchmark in the production, transformation and commercialisation of agricultural resources.

SFR Condorcet has three goals shared by all its members. Firstly, it seeks to establish an effective research and training development vehicle for the region, in close collaboration with the IAR competitiveness cluster. The pool of researchers and training in the bioeconomy field must contribute to enhancing the attractiveness of our region. It is also a question of providing regional research with national significance. Given the agricultural history and the importance of the sector to the development strategy of our region, there is little question as to the legitimacy of the SFR Condorcet initiative. The medium-term objective is to become a European benchmark in the bioeconomy. In this light, SFR Condorcet is currently seeking to establish cross-border university partnerships in Belgium, Germany and Luxembourg. 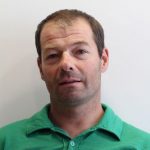 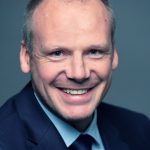