Launched in 2008, Project Futurol™ brought together 11 major partners covering the entire sector, from plant-based resources to the fuel tank: R&D, industrial companies and financiers who provided their leading expertise in order to attain the objective of the project, namely development right up to a stage enabling the market introduction of a process and new technologies for the production of competitive and sustainable cellulosic bioethanol.

The French 2nd generation ethanol production technology entered the commercialisation phase in 2018. Significant expertise has been developed by Project Futurol™ with support from Bpifrance, placing France in a leading position within the bioeconomy.
An agreement was signed by Procethol 2G, an entity created by the partners to manage and lead Project Futurol™, and the company Axens, which is now responsible for commercialising the technology worldwide. The pilot unit installed in Pomacle-Bazancourt in 2011 has been able to validate the technology at the scale of one tonne per day of lignocellulosic biomass. On the small scale, the installation represents a complete advanced ethanol production unit, from biomass preparation right up to final distillation.

Unique in France, the facility and its experienced operational team have played a major role in developing the Futurol™ technology. With the R&D phase having been completed, the pilot plant was sold on 31 October 2018 to ARD, one of the Project Futurol™ partners located at the Pomacle-Bazancourt site. Also taking on all the personnel, ARD maintains the facility and the operational expertise required to support the commercialisation of the Futurol™ technology.

The commercialisation phase has been crowned with an initial success of a licence agreement for the Futurol™ technology signed by Axens and the Croatian oil and gas company INA, in addition to a basic engineering agreement for a 55,000t/year bioethanol production plant in Sisak, Croatia. 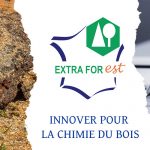